How are Ballots Read?

How do we know, you ask? Well because pre-election testing and post-election auditing provide a testable and auditable method to verify that both forms of ballots are programmed and counted as intended.

Getting Down to the Nitty-Gritty 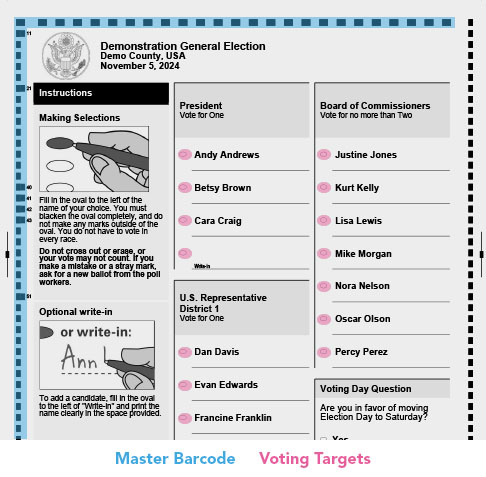 Machine-marked paper ballots work the exact same way, except that the voter marks their ballot with a machine instead of a pen. Here’s how: 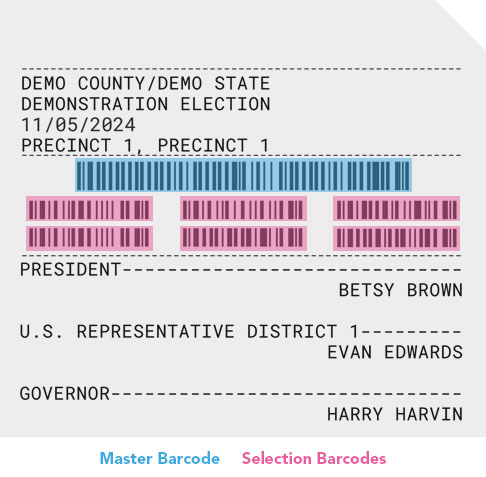 Just as is the case with hand-marked paper ballots, the tabulation machine is only looking for the grid coordinates

Barcodes are simply a group of lines and spaces that represent specific characters — in the case of both hand-marked and machine-marked paper ballots, these lines translate to numbers that are grid coordinates and those grid coordinates correspond to a candidate name in a database.

(Psst… even tabulation systems that utilize Optical Character Recognition (OCR) for that matter use a barcode to count the vote. Here’s why: It is possible that there could be two separate and distinct candidates, both named Betsy Brown, who are running for different offices on the same ballot. The system cannot use OCR to read “Betsy Brown” and record a vote reliably because it would have to know for what race the vote for “Betsy Brown” should be counted. Thus, even when OCR is used a barcode is still utilized to tell the tabulation machine for what race Betsy Brown should receive a vote.)

How are Votes Counted?

Election officials enter their election information in a secure, hardened application that in turn generates the layout for either a hand-marked or machine-marked paper ballot and creates the database that resides on the tabulator used to record and count the votes for both ballot types. 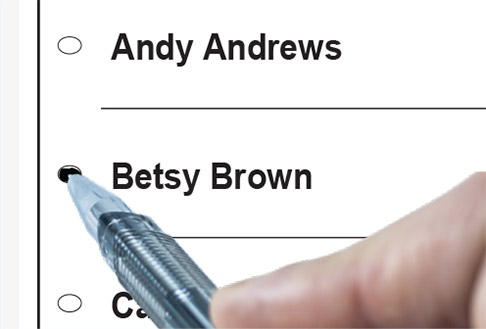 Hand-marked paper ballot: Voter makes choices by filling in the oval voting target next to the name of the candidate. 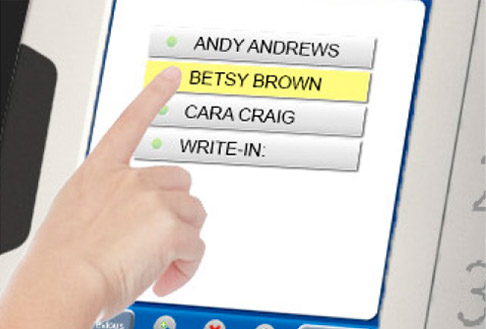 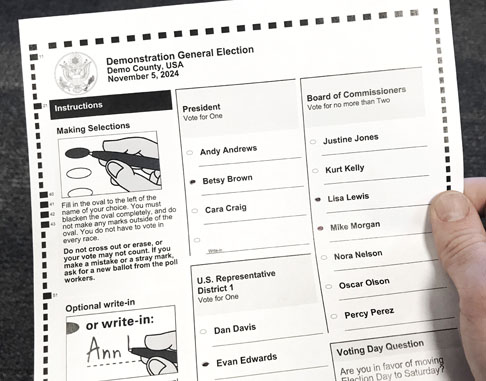 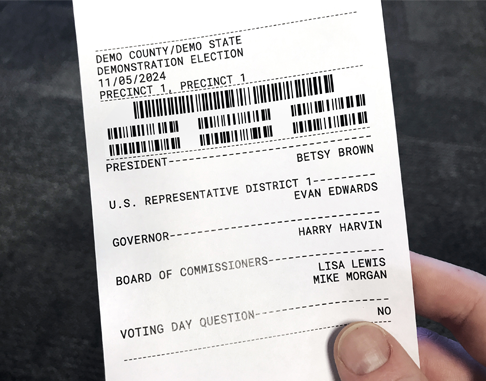 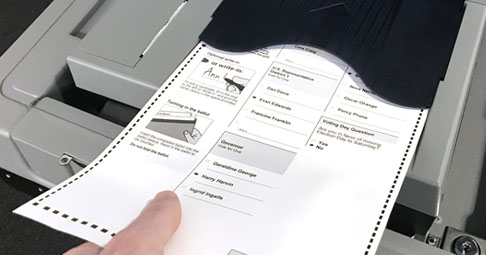 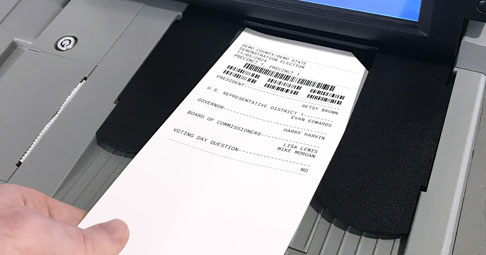 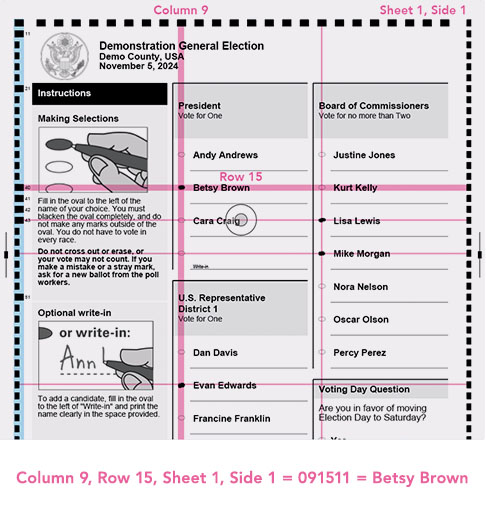 Hand-marked paper ballot: Tabulator identifies filled ovals and then reads the master barcode on the ballot to determine the grid coordinates of those filled-in ovals and records the votes accordingly. 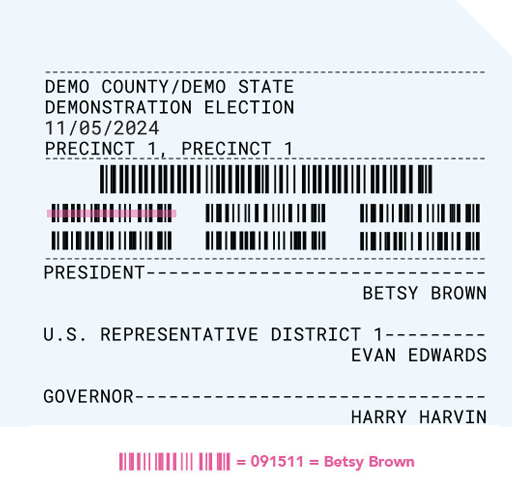 ALL tabulation machines that count paper ballots use a barcode to properly and accurately count the vote. The security of each method of voting is confirmed by election officials during pre-election tests and in post-election audits.

Watch our video, “How are Ballots Counted?” to learn more.”