Millions of voters cast their ballots using new voting machines in the November 2019 general election – a first use for tens of thousands of pieces of equipment. In total, voters in nearly 150 jurisdictions nationwide used ES&S paper-based voting systems for the first time with overwhelming success. 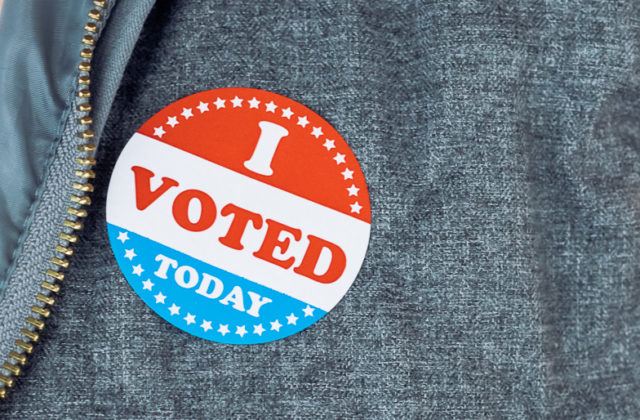 OMAHA, Nebr. – November 19, 2019 – When millions of voters cast their ballots in the November 2019 general election, many had their first encounter with new voting machines. In total, nearly 150 jurisdictions nationwide had their first-use election on Election Systems & Software (ES&S) paper-based voting systems.

On Nov. 5, voters in 38 counties in South Carolina were among those using new machines for the first time. In June, the state selected the ES&S ExpressVote® Universal Voting System to replace the paperless system that had been in place for 15 years. In just four months, South Carolina deployed nearly 14,000 ExpressVote voting machines and more than 2,400 DS200® ballot scanner and vote tabulation machines, as well as central count machines and Electionware® election management software. Implementation and training went so well, the state opted to use the machines three months ahead of schedule.

“Election officials across the state have worked tirelessly over the past four months implementing the new system, attending training and making preparations,” said Marci Andino, executive director of the State Election Commission in a post-election press conference. “Yesterday’s successful election is a testament to their hard work. This was a tremendous opportunity for both voters and election officials to make sure we’re ready for the first statewide elections on the new system in 2020.”

Twenty-three of Pennsylvania’s 67 counties used new ES&S machines for the November election. This included the City of Philadelphia, which relied on nearly 3,800 new ExpressVote® XL universal voting machines in the election.

“They’re pretty neat,” William Jones, a 62-year-old Philadelphia voter told the Philadelphia Inquirer. “It’s real easy, you just put it in there, and it gives you a chance to review it or spoil it and start over. It’s quick.”

Just outside of Philadelphia in nearby Berks County, voters had their first experience marking their ballot with the ES&S ExpressVote. Poll workers helped the county by unanimously selecting the universal voting system earlier this year. The county had nearly 1,000 new pieces of voting equipment take their inaugural run on election day.

“Some people don’t like change,” said Debbie Olivieri, director of elections for Berks County, “but we heard lots of positive comments about the new system. Many voters thought the machines were easy to use and liked using the touchscreen.”

“Voters absolutely loved the new voting system,” DeBeauvoir told reporters, and read an enthusiastic email from a voter applauding the process. “They like the security of a paper trail, and they like the easy-to-use touch screen.”

In Montgomery County, Ohio, voters were given the option to mark their paper ballot digitally using an ExpressVote voting machine or fill in an oval ballot with a pen. Board of Elections Deputy Director Steve Harsman said voters had an incredibly positive response to the new ExpressVote machines.

“Voters had an overwhelming response to the ExpressVotes, with about 98 percent of our voters choosing the digital option,” said Harsman. “They liked the equipment and thought the process was very easy. They liked having the paper ballot they could read and review before casting. Voters had such a positive experience using the machines we are thinking of adding more.”

Nationwide, ES&S delivered for the Nov. 2019 election secure, auditable equipment for first use in nearly 150 jurisdictions:

“We’re grateful to work alongside jurisdictions as they work to uphold our democracy by providing voters accurate, secure and accessible elections,” said Tom Burt, CEO of ES&S. “Thousands of hours of training and testing go into this process. We applaud all of the work of elections officials and are extremely proud of our supporting role.”