“We all see each other as one holistic group of entities that have to collaborate, have to coordinate in order to protect our infrastructure as a whole.” – Ryan Macias, subject matter expert consultant for CISA 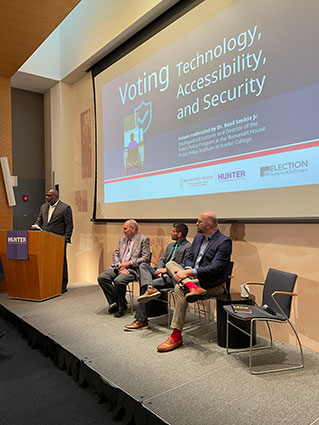 “We all see each other as one holistic group of entities that have to collaborate, have to coordinate in order to protect our infrastructure as a whole,” said Ryan Macias, subject matter expert consultant for CISA. “It’s one of the reasons why prior to the 2020 election that [the elections community] came together to say that it was the most secure election in U.S. history. It’s because of the collaboration and coordination that was going on and the understanding of the threats and the risks that were happening and how we were able to mitigate them in a timely manner.”

“There’s such a diverseness within the ecosystem itself,” said Jared Dearing, CIS senior director for Election Best Practices. “Whether the state is a top-down, where the chief elections official runs everything, or bottom-up, where the local official runs most everything, they’re all working together to help layer their security.”

Those layers of security include threat monitoring and analysis sharing, diversity in how states run elections, and building protections into voting system technology. Each piece of the puzzle fits together to build a secure national election ecosystem. 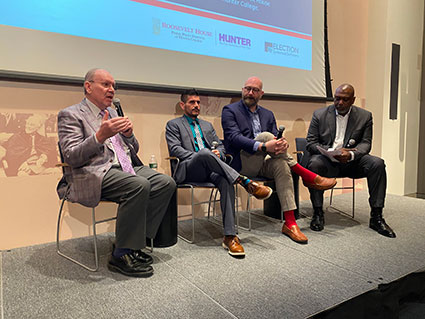 “We have regular monthly calls, meetings, intelligence briefs, to make the manufacturers aware of the kinds of threats that exist to elections technology but more recently election jurisdiction employees and vendor employees,” said Chris Wlaschin, ES&S senior vice president of security. “The collaboration has just been an amazing effort. And not that we’re across the finish line, there’s a lot of work to do, but the collaboration today is amazing.”

“It’s driven, by the vendors, by state officials, local officials … We gather information and threat analysis, and we distribute it back out to the community,” Dearing said. “Now it’s not 50 states and six territories operating independently, now they’re operating as a larger ecosystem of security.”

It’s a collaborative effect that has only grown over time, further strengthening our nation’s elections on all fronts.

“I want to reassure you that the technology manufacturers, the state and local jurisdictions, and the subject matter expert you see here, we are all in unison in doing everything we can to make [elections and election technology] secure, accessible and reliable,” Wlaschin said.

The security panel was one of three discussions focused on the future of elections, led by Dr. Basil Smikle Jr., distinguished lecturer and director of the Public Policy Program at the Roosevelt House Public Policy Institute at Hunter College. Additional panel discussions featured Dr. Chris Rosa, the president and CEO of The Viscardi Center, area election officials and ES&S.