South Carolina is the first state in the U.S. to use the ExpressVote Universal Voting System for all voters, and the paper-based voting machines’ first statewide election – which had a near-record turnout – provided a quick and easy experience for voters and poll workers alike. 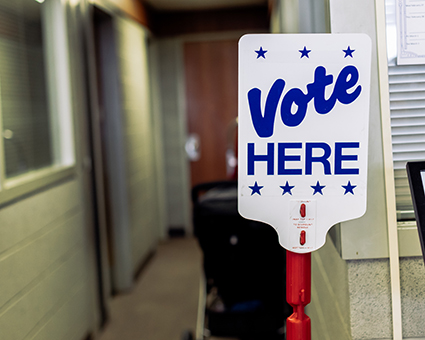 “The new paper ballot system ran so smoothly, we had all results in and counted by 10 p.m.,” said Joseph Debney, executive director of the Charleston County Election Commission. “We couldn’t be more thrilled with the process and truly credit our poll workers and managers for their hard work on election day.”

“Everybody has been really thrilled about the new machines,” Connie Moody, director of Greenwood County’s Voter Registration and Elections Department, told the Index-Journal. “They’re just amazed at how easy it works.”

The ExpressVote system replaced the state’s paperless voting system that had been in place for 15 years. Many voters first interacted with the new machines in the November 2019 general election, when election officials in 38 counties opted to use the new machines four months ahead of schedule thanks to a seamless implementation and training process. With more than 13,700 ExpressVotes used in jurisdictions across the state, Saturday’s election was an opportunity for every voter in the state to experience the new system.

“Voters that I’ve helped throughout the day have said they liked [the new machines],” Debney told WCBD. “They have a paper trail, they enjoy them very much.”

“It was great,” voter Keshia Wright of Florence told WBTW-TV. “Everything was easy.”

Polling technician Richard London told the Index-Journal voters were often surprised at how easy and quick the process was. They liked the combination of the touch screen and the security that the paper ballot provides, giving them the ability to verify their vote with a fully auditable paper ballot.

Poll workers also attested to the equipment’s facilitation of an efficient voting process. In Florence County, election day workers told reporters that the system was easy to set up and lines moved along quickly through the day, and closing the polls was a breeze.

“We’re incredibly proud of the performance of the ExpressVote voting system and equally impressed with the election workers and officials who put together a seamless election in South Carolina,” said Mac Beeson, ES&S Regional Vice President of Sales. “We couldn’t be more thrilled for the election professionals here in this state and look forward to another successful election in November.”