“The ExpressVote XL continues to be a valuable tool for all of Philadelphia’s voters. The machine is easy for all voters to use, and our voters really have a diverse set of needs.” – Nick Custodio, Philadelphia Deputy Commissioner 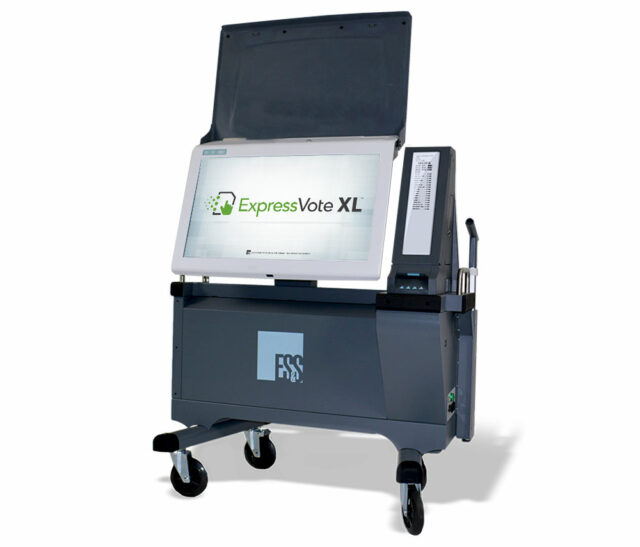 “Voters really love that they can see and verify their paper ballot before it’s cast,” said Nick Custodio, Philadelphia Deputy Commissioner. “They get that extra reassurance that their vote is going to count in the way they intended. Here in the election office, it’s nice to know that the paper ballot is there as a verifiable back-up should we need it. That paper is a powerful thing.”

More than 160,000 voters quickly moved through Philadelphia’s polling places. “We didn’t hear of any lines out there today,” Custodio said. “Voting with the ExpressVote XL is quick and easy, so voters really didn’t take long in the booth.”

Fully compliant with the Americans with Disabilities Act (ADA), ExpressVote XL enables all voters to make their selections privately and independently. The technology also eliminates the potential for mismarked ballots by alerting voters if they make too few selections and prevents overvoting – making too many selections in a contest.

“The ExpressVote XL continues to be a valuable tool for all of Philadelphia’s voters,” Custodio said. “The machine is easy for all voters to use, and our voters really have a diverse set of needs.”

Philadelphia purchased the new voting system from Election Systems & Software (ES&S) in 2019, providing the city’s more than 1 million voters with the latest in election technology. The ExpressVote XL includes updated standards for security, accessibility and auditability. The machines allow voters to make their selection using a 32-inch interactive screen and produces an independent, voter-verifiable and fully auditable paper record. The ExpressVote XL improves the Election Day experience for voters by allowing them to mark and tabulate their vote in one stop.

“Paper ballots are essential, and the ExpressVote XL is a remarkable tool in the way it allows all voters to generate a paper ballot, providing them the ability and confidence to cast their choices independently,” said Tom Burt, CEO of ES&S. “We’re extremely proud of this technology and the partnership we have with Philadelphia election officials as they provide their voters a great experience on Election Day.