“The feedback I received from poll workers, fellow election officials and voters was very positive. Everyone appreciated how simple the system was to operate and use.” – Chad Gray, Williamson County Administrator of Elections

NASHVILLE, Tenn. – May 9, 2022 – With just six weeks to implement a brand new voting system, election officials in Williamson County, Tennessee, attribute the success of the 2022 primary election to careful planning, collaboration, and people and products of Election Systems & Software (ES&S). 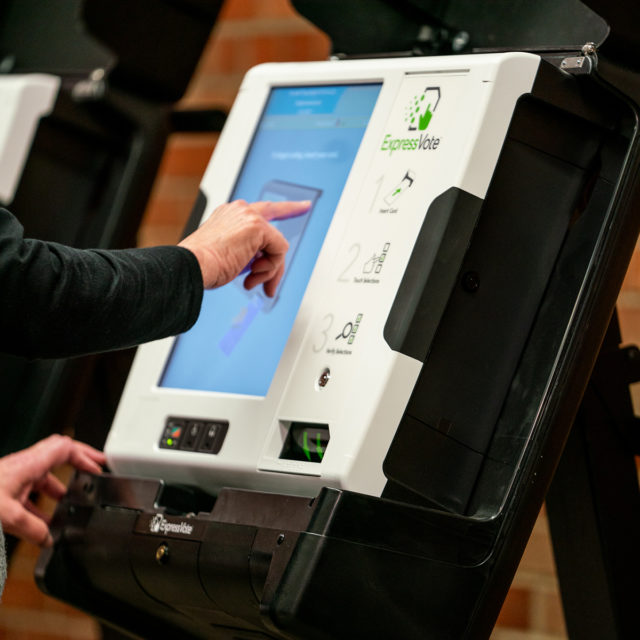 Williamson County chose ES&S to provide a new system for the May 2022 election after challenges experienced with the voting equipment used in the October 2021 election. Two months prior to the primary, county officials met with ES&S to create and execute a plan to serve Williamson County’s 183,000 registered voters.

“ES&S staff were very proactive in getting everything organized,” said Chad Gray, Williamson County Administrator of Elections. “There were a lot of moving parts in our office with redistricting happening simultaneously with the implementation. Communication was key and a big part of our success. ES&S teams kept things on track.”

In the compressed timeframe, ES&S teams and county officials installed, prepared and tested equipment for the jurisdiction’s 25 vote centers operating during early voting and Election Day. Dozens of poll workers were trained to use and operate the 170 ExpressVote® universal voting machines and 70 DS200® poll place scanner and tabulators deployed.
“The feedback I received from poll workers, fellow election officials and voters was very positive,” Gray said. “Voters didn’t experience any delays, and the process was efficient, which also speaks highly of our poll workers who were able to quickly learn a new system. Everyone appreciated how simple the system was to operate and use.”

“We are incredibly proud of our teams who worked in step with election officials in Williamson County and the State of Tennessee,” said Mac Beeson, ES&S regional vice president. “The success in Williamson County speaks volumes about our people, processes and products. We look forward to continuing this partnership and ensuring elections are secure, accurate and accessible to all.”