“My goal in purchasing the ExpressVote printers was to eliminate the possibility of human error. And it does.” – Amanda Duncan, Catawba County Elections Director 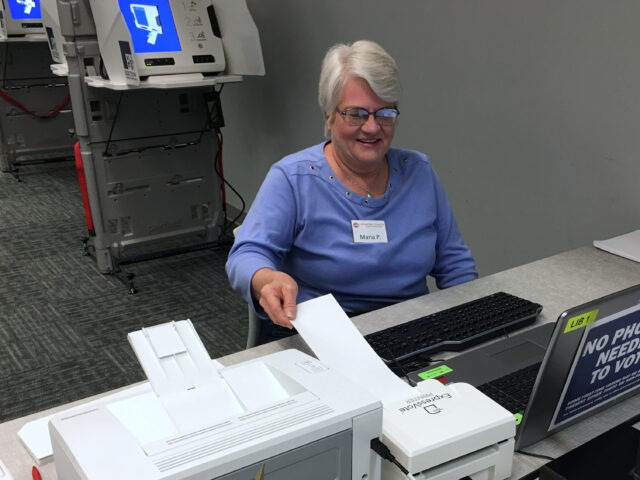 NEWTON, North Carolina – May 23, 2022 – Catawba County voters who cast ballots during “One-Stop” early voting in North Carolina’s primary election were the first in the state to see new election equipment in action. The county debuted new ExpressVote® Printers from Election Systems & Software (ES&S) – becoming the first county in the state to use the new printer and ExpressVote universal voting machines for all voters during early voting.

The ExpressVote Printer provides voters and poll workers a seamless Election Day check-in experience. The printer allows poll workers to quickly issue voters their correct ballot when checking in to vote. In North Carolina, the ballot style is printed directly from the voter’s record in the state’s database – giving poll workers and election officials the confidence that voters will get the correct ballot 100 percent of the time.

“In 2020, at least three to five voters received incorrect ballots due to human error. My goal in purchasing the ExpressVote Printers was to eliminate the possibility of human error. And it does,” said Amanda Duncan, Catawba County Elections Director. “It also reduces the time it takes for poll workers to help voters begin the voting process.” 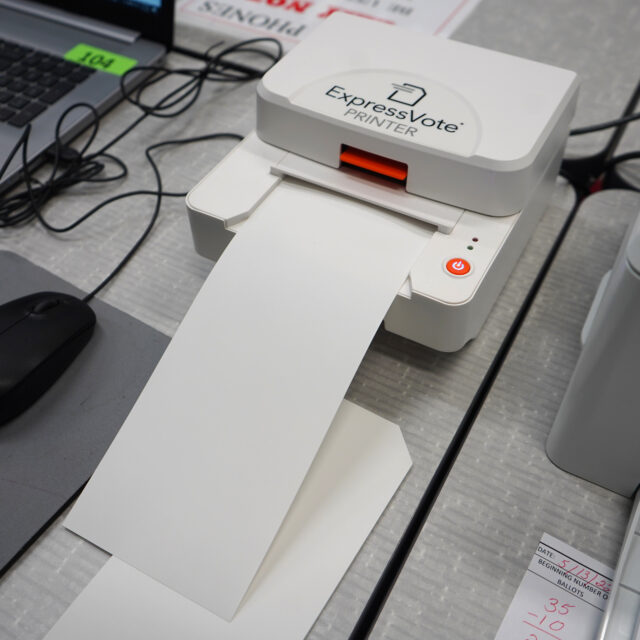 The ExpressVote Printer prints the correct ballot style in as little as five seconds and eliminates the need for the poll worker to personally activate the vote session with the proper ballot style on the voting machine. Because it is a thermal printer, the ExpressVote Printer does not need ink or toner. It also eliminates waste by printing at the polls on blank card stock. There’s no need to pre-print thousands of ballots that may never be used.

“It’s basically a ballot on-demand,” Duncan said. “In a big election I would need to print 120 percent of the ballots to have on hand, so the cost savings by using this equipment is tremendous. Plus, we’re saving trees.”

The ExpressVote Printer has the ability to pair with the ExpressPoll® electronic pollbook and the ExpressVote® Universal Voting System product family, providing an end-to-end early voting and Election Day solution.

“We just love them,” Duncan said. “They’re cute, they’re easy to handle, they’re lightweight. There were no problems.”