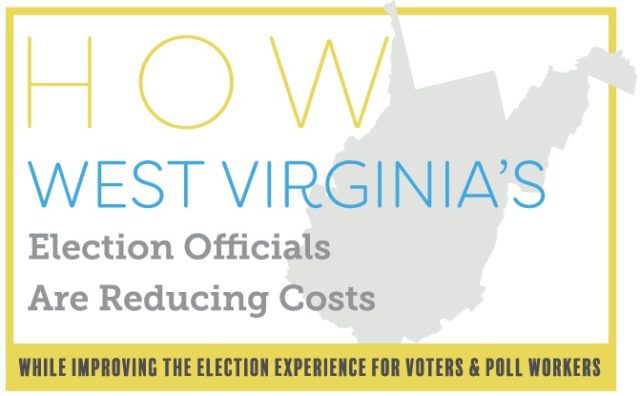 Many voters across the U.S. are casting their ballots on a generation of aging, decade-plus old optical scan and direct-recording electronic (DRE) voting machines. Election officials nationwide rushed to embrace new voting technology after Congress passed the Help America Vote Act (HAVA) in 2002, which addressed the way ballots were designed, cast and counted, and led to an overhaul of the U.S. election system and eventually the birth of the DRE and optical scan machines.

Ten plus years later, another major overhaul of the U.S. election system is underway, and a number of states are seriously considering a return to paper-based voting systems.

As with many states in the early 2000s, West Virginia faced various challenges related to becoming compliant with HAVA. At the close of the 2005 West Virginia Legislative regular session, during which a voter-verified paper trail bill was signed into law, Secretary of State Betty Ireland began her search for a pioneering elections partner that could help West Virginia do three things: 1) meet the requirements of HAVA, 2) reduce the financial burden of becoming compliant off the counties as much as possible, and 3) offer counties quality voting system options.

In August 2005, ES&S was awarded the statewide contract to provide all of West Virginia’s counties with voting systems and election services. And in 2006, just over half of West Virginia’s 55 counties, whose County Clerks manage elections at the local level, purchased DRE systems while the remaining chose to purchase optical scan voting systems paired with central scanners, creating a dual system environment across the state. 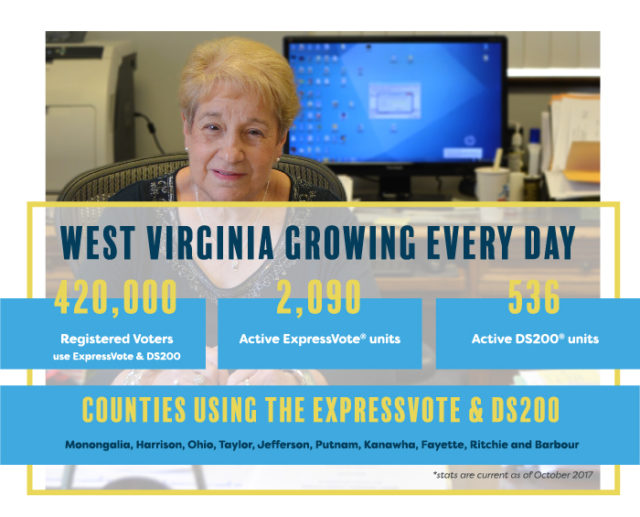 Fast forward ten more years, similar to many states across the U.S., while their existing voting systems were withstanding the test of time, West Virginia’s jurisdictions began the process to find a more modern system that offered a paper-verifiable record. 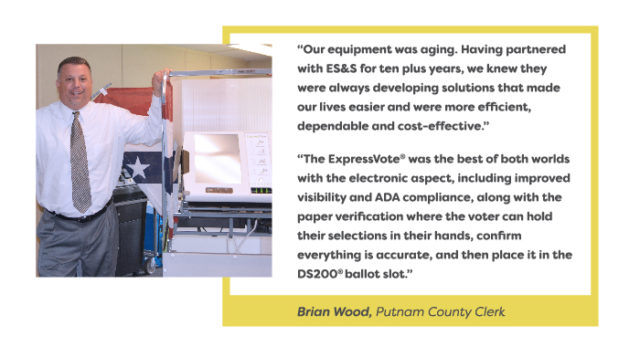 They were also ready to put away the challenges associated with their aging equipment and find a solution that simplified election management and improved voters’ experience at the polls. Much like the avid flip-phone users, whose carriers still supported their phones, and whose flip-phones still made calls — they ultimately realized how much easier, and more efficient their life could be if they had a smartphone.

“So much less to worry about and less upkeep. We no longer have to deal with all of the different consumables,” Harrison County Clerk, Susan Thomas said. “You plug them in, flip a switch, lift a screen, and both are powered up within five minutes. Plus, with ExpressVote and DS200, everything is a lot simpler for us on the backend.”

It was important to them that their new equipment made the backend of their elections easier for not only themselves and their teams, but the poll workers as well. Equipment that wasn’t hard to haul around, was easier to program and would ease the burden of having to hand count write-in and canvass ballots. 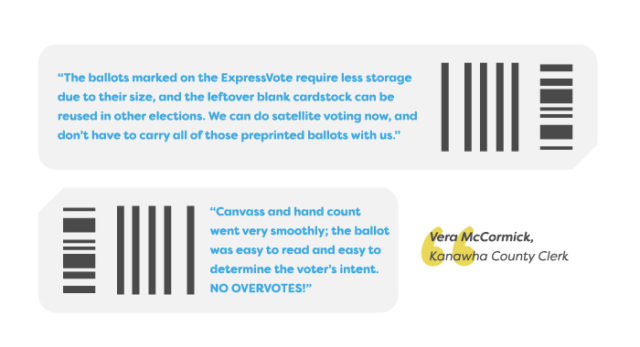 The clerks wanted a truly usable summary report of the final results, a more robust in-depth audit report. They wanted to deliver their county’s election results before 3 a.m. so the candidates and the people who had worked so hard supporting them could either get their parties started or start picking up campaign signs. 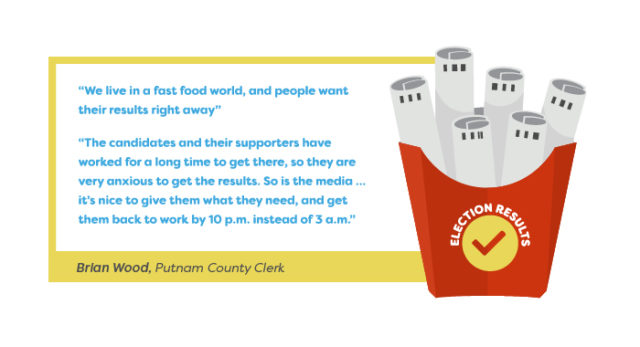 Most importantly, they wanted every one of their voters to have a consistent, simple and secure election experience. This included having only one system to vote on, which was easy to use and included a verifiable paper record that allowed voters to confirm that the selections they marked were what they intended.

“We demo’ed the equipment in several different locations with seniors, many of which who were in their 90s. We didn’t really have to explain much to them as far as how to use it, and everyone liked it.” McCormick said. “They liked having a piece of paper in their hand that they could hold, so there was no guessing.” 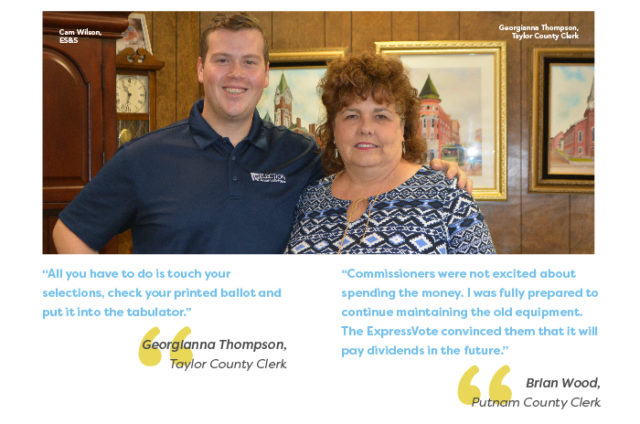