In Honor of Our Veterans

Editor’s intro: Veterans Day is this week. A day we pause and honor those who have served and continue to serve our nation. This year we asked United States Navy veteran and ES&S Senior Vice President and CISO Chris Wlaschin to pen a blog in honor of Veterans Day and share some of the ways we all can support and recognize our veterans and their families. Take it away, Chris!

Veterans Day occurs on November 11 every year in the United States in honor of the “eleventh hour of the eleventh day of the eleventh month” of 1918 that signaled the end of World War I, then known as Armistice Day. In 1954, President Dwight D. Eisenhower officially changed the name of the holiday from Armistice Day to Veterans Day. In 1968, the Uniform Holidays Bill was passed by Congress, which moved the celebration of Veterans Day to the fourth Monday in October. The law went into effect in 1971, but in 1975 President Gerald Ford returned Veterans Day to November 11 due to the important historical significance of the date. Veterans Day commemorates veterans of all wars. In Europe, Great Britain and the Commonwealth countries, it is common to observe two minutes of silence at 11 a.m. every November 11.

Our armed forces members, both active, reserve and retired, put service before self. That mindset also permeates our culture here at ES&S.

I am happy and humbled that ES&S has chosen to recognize Veterans Day with a company-sponsored day off. Our Veterans working at ES&S and some of their family members who are also veterans are recognized in the video below. These veterans and the family members of those who have served understand the incredible sacrifice all Veterans made to defend our country and democracy.

Our work at ES&S continues this effort, not just for Veterans but for all of you, given the critical role our company plays in supporting democracy.  By the way, the flag we fly on top of our building means so much to me as a Veteran.

In closing, thank you for all you do for each other, for our company and for our Veterans!

Chris Wlaschin: A Life of Service 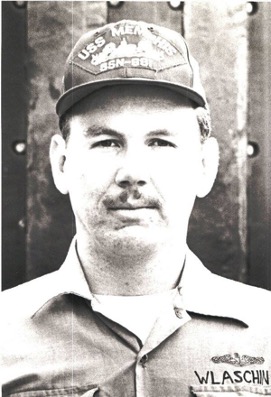 I started my naval career as an enlisted man working on nuclear fast attack submarines, specifically the SSN platform. We would joke that SSN stands for Saturdays, Sundays and Nights. Two of my adult sons also served one tour each in submarines. It was not for them! Lol

My spouse and I met 15 years ago (while both were stationed at different bases in Colorado) at a restaurant where Nebraska fans would gather to watch the Husker football team play. I remember the day vividly. As I sat down next to her and we introduced ourselves, she said, “So what are you like, 40?” I said, “Why yes, yes I am,” and the rest is history. I retired from the US Navy in 2008 after serving almost 30 years in ships and submarines. 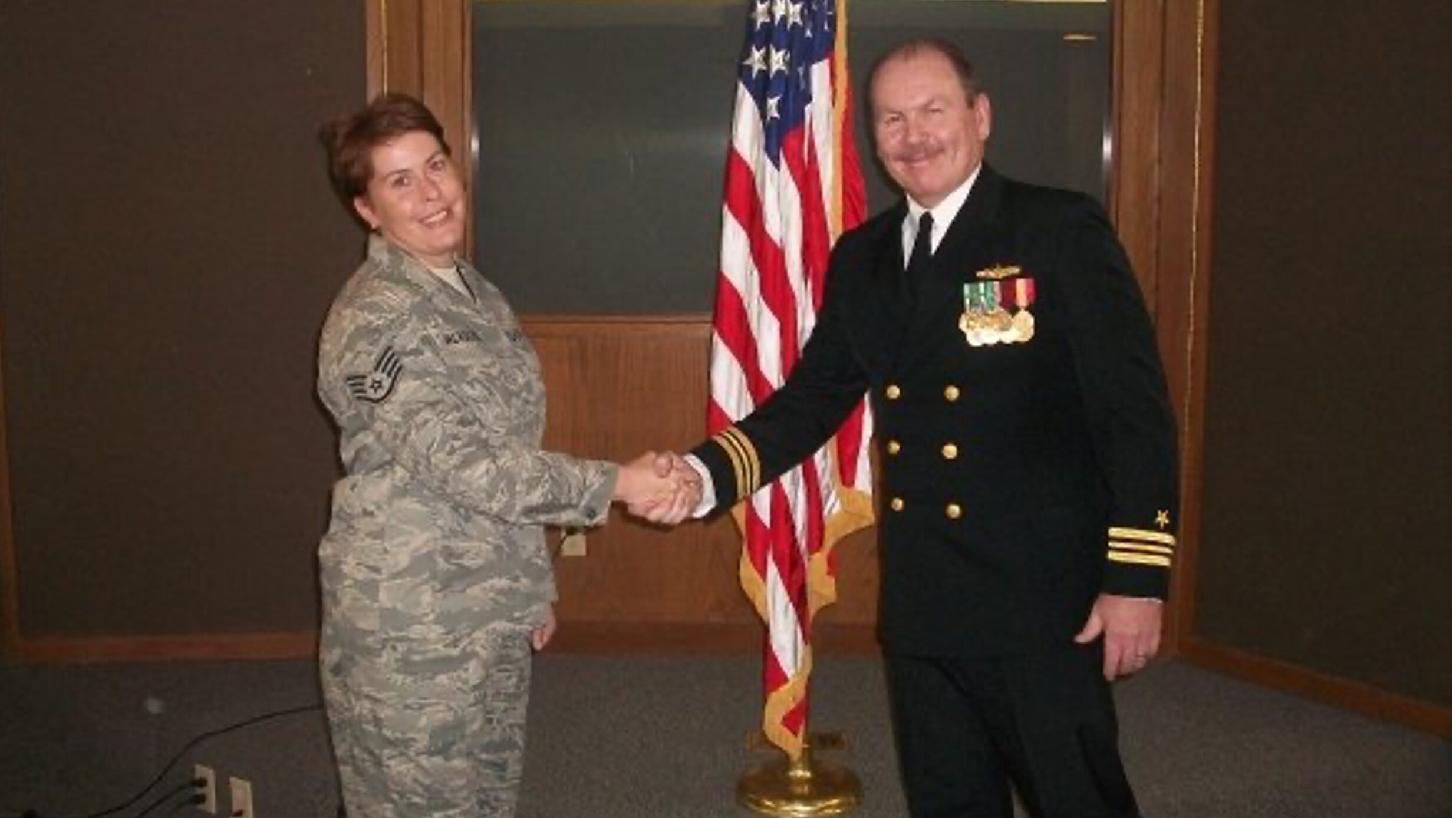 Wlaschin re-enlisting his spouse Pam in the US Air Force Reserve just before he retired from active duty.